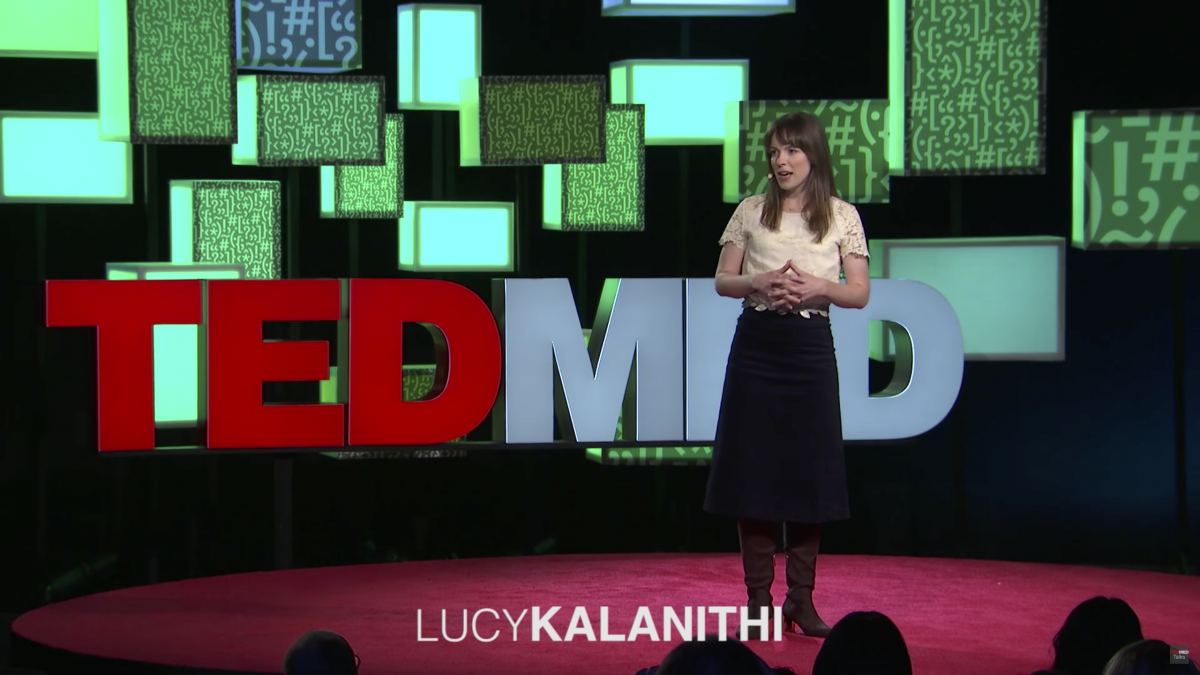 A few days after my husband Paul was diagnosed with stage IV lung cancer, we were lying in our bed at home, and Paul said, “It’s going to be OK.” And I remember answering back, “Yes. We just don’t know what OK means yet.”
Paul and I had met as first-year medical students at Yale. He was smart and kind and super funny. He used to keep a gorilla suit in the trunk of his car, and he’d say, “It’s for emergencies only.”
I fell in love with Paul as I watched the care he took with his patients. He stayed late talking with them, seeking to understand the experience of illness and not just its technicalities. He later told me he fell in love with me when he saw me cry over an EKG of a heart that had ceased beating. We didn’t know it yet, but even in the heady days of young love, we were learning how to approach suffering together.
We got married and became doctors. I was working as an internist and Paul was finishing his training as a neurosurgeon when he started to lose weight. He developed excruciating back pain and a cough that wouldn’t go away. And when he was admitted to the hospital, a CT scan revealed tumors in Paul’s lungs and in his bones. We had both cared for patients with devastating diagnoses; now it was our turn.
We lived with Paul’s illness for 22 months. He wrote a memoir about facing mortality. I gave birth to our daughter Cady, and we loved her and each other. We learned directly how to struggle through really tough medical decisions. The day we took Paul into the hospital for the last time was the most difficult day of my life. When he turned to me at the end and said, “I’m ready,” I knew that wasn’t just a brave decision. It was the right one. Paul didn’t want a ventilator and CPR. In that moment, the most important thing to Paul was to hold our baby daughter. Nine hours later, Paul died.
I’ve always thought of myself as a caregiver — most physicians do — and taking care of Paul deepened what that meant. Watching him reshape his identity during his illness, learning to witness and accept his pain, talking together through his choices — those experiences taught me that resilience does not mean bouncing back to where you were before, or pretending that the hard stuff isn’t hard. It is so hard. It’s painful, messy stuff. But it’s the stuff. And I learned that when we approach it together, we get to decide what success looks like.
One of the first things Paul said to me after his diagnosis was, “I want you to get remarried.” And I was like, whoa, I guess we get to say anything out loud.
It was so shocking and heartbreaking … and generous, and really comforting because it was so starkly honest, and that honesty turned out to be exactly what we needed. Early in Paul’s illness, we agreed we would just keep saying things out loud. Tasks like making a will, or completing our advance directives — tasks that I had always avoided — were not as daunting as they once seemed. I realized that completing an advance directive is an act of love — like a wedding vow. A pact to take care of someone, codifying the promise that til death do us part, I will be there. If needed, I will speak for you. I will honor your wishes. That paperwork became a tangible part of our love story.

As physicians, Paul and I were in a good position to understand and even accept his diagnosis. We weren’t angry about it, luckily, because we’d seen so many patients in devastating situations, and we knew that death is a part of life. But it’s one thing to know that; it was a very different experience to actually live with the sadness and uncertainty of a serious illness. Huge strides are being made against lung cancer, but we knew that Paul likely had months to a few years left to live.

During that time, Paul wrote about his transition from doctor to patient. He talked about feeling like he was suddenly at a crossroads, and how he would have thought he’d be able to see the path, that because he treated so many patients, maybe he could follow in their footsteps. But he was totally disoriented. Rather than a path, Paul wrote, “I saw instead only a harsh, vacant, gleaming white desert. As if a sandstorm had erased all familiarity. I had to face my mortality and try to understand what made my life worth living, and I needed my oncologist’s help to do so.”

The clinicians taking care of Paul gave me an even deeper appreciation for my colleagues in health care. We have a tough job. We’re responsible for helping patients have clarity around their prognosis and their treatment options, and that’s never easy, but it’s especially tough when you’re dealing with potentially terminal illnesses like cancer. Some people don’t want to know how long they have left,others do. Either way, we never have those answers. Sometimes we substitute hope by emphasizing the best-case scenario. In a survey of physicians, 55 percent said they painted a rosier picture than their honest opinion when describing a patient’s prognosis. It’s an instinct born out of kindness. But researchers have found that when people better understand the possible outcomes of an illness, they have less anxiety, greater ability to plan and less trauma for their families.

Families can struggle with those conversations, but for us, we also found that information immensely helpful with big decisions. Most notably, whether to have a baby. Months to a few years meant Paul was not likely to see her grow up. But he had a good chance of being there for her birth and for the beginning of her life. I remember asking Paul if he thought having to say goodbye to a child would make dying even more painful. And his answer astounded me. He said, “Wouldn’t it be great if it did?”And we did it. Not in order to spite cancer, but because we were learning that living fully means accepting suffering.

Paul’s oncologist tailored his chemo so he could continue working as a neurosurgeon, which initially we thought was totally impossible. When the cancer advanced and Paul shifted from surgery to writing, his palliative care doctor prescribed a stimulant medication so he could be more focused.They asked Paul about his priorities and his worries. They asked him what trade-offs he was willing to make. Those conversations are the best way to ensure that your healthcare matches your values. Paul joked that it’s not like that “birds and bees” talk you have with your parents, where you all get it over with as quickly as possible, and then pretend it never happened. You revisit the conversation as things change. You keep saying things out loud. I’m forever grateful because Paul’s clinicians felt that their job wasn’t to try to give us answers they didn’t have, or only to try to fix things for us, but to counsel Paul through painful choices … when his body was failing but his will to live wasn’t.

Later, after Paul died, I received a dozen bouquets of flowers, but I sent just one … to Paul’s oncologist, because she supported his goals and she helped him weigh his choices. She knew that living means more than just staying alive.
A few weeks ago, a patient came into my clinic. A woman dealing with a serious chronic disease. And while we were talking about her life and her health care, she said, “I love my palliative care team. They taught me that it’s OK to say ‘no’.” Yeah, I thought, of course it is. But many patients don’t feel that. Compassion and Choices did a study where they asked people about their health care preferences. And a lot of people started their answers with the words “Well, if I had a choice …” If I had a choice. And when I read that “if,” I understood better why one in four people receives excessive or unwanted medical treatment, or watches a family member receive excessive or unwanted medical treatment. It’s not because doctors don’t get it. We do. We understand the real psychological consequences on patients and their families. The things is, we deal with them, too. Half of critical care nurses and a quarter of ICU doctors have considered quitting their jobs because of distress over feeling that for some of their patients, they’ve provided care that didn’t fit with the person’s values. But doctors can’t make sure your wishes are respected until they know what they are.
Would you want to be on life support if it offered any chance of longer life? Are you most worried about the quality of that time, rather than quantity? Both of those choices are thoughtful and brave,but for all of us, it’s our choice. That’s true at the end of life and for medical care throughout our lives. If you’re pregnant, do you want genetic screening? Is a knee replacement right or not? Do you want to do dialysis in a clinic or at home? The answer is: it depends. What medical care will help you live the way you want to? I hope you remember that question the next time you face a decision in your health care. Remember that you always have a choice, and it is OK to say no to a treatment that’s not right for you.
There’s a poem by W.S. Merwin — it’s just two sentences long — that captures how I feel now. “Your absence has gone through me like thread through a needle. Everything I do is stitched with its color.”For me that poem evokes my love for Paul, and a new fortitude that came from loving and losing him.
When Paul said, “It’s going to be OK,” that didn’t mean that we could cure his illness. Instead, we learned to accept both joy and sadness at the same time; to uncover beauty and purpose both despite and because we are all born and we all die. And for all the sadness and sleepless nights, it turns out there is joy. I leave flowers on Paul’s grave and watch our two-year-old run around on the grass. I build bonfires on the beach and watch the sunset with our friends. Exercise and mindfulness meditation have helped a lot. And someday, I hope I do get remarried.
Most importantly, I get to watch our daughter grow. I’ve thought a lot about what I’m going to say to her when she’s older. “Cady, engaging in the full range of experience — living and dying, love and loss — is what we get to do. Being human doesn’t happen despite suffering. It happens within it. When we approach suffering together, when we choose not to hide from it, our lives don’t diminish, they expand.”
I’ve learned that cancer isn’t always a battle. Or if it is, maybe it’s a fight for something different than we thought. Our job isn’t to fight fate, but to help each other through. Not as soldiers but as shepherds. That’s how we make it OK, even when it’s not. By saying it out loud, by helping each other through … and a gorilla suit never hurts, either.