Unhappy marriages can break the heart

How to gain control of your free time – Laura Vanderkam 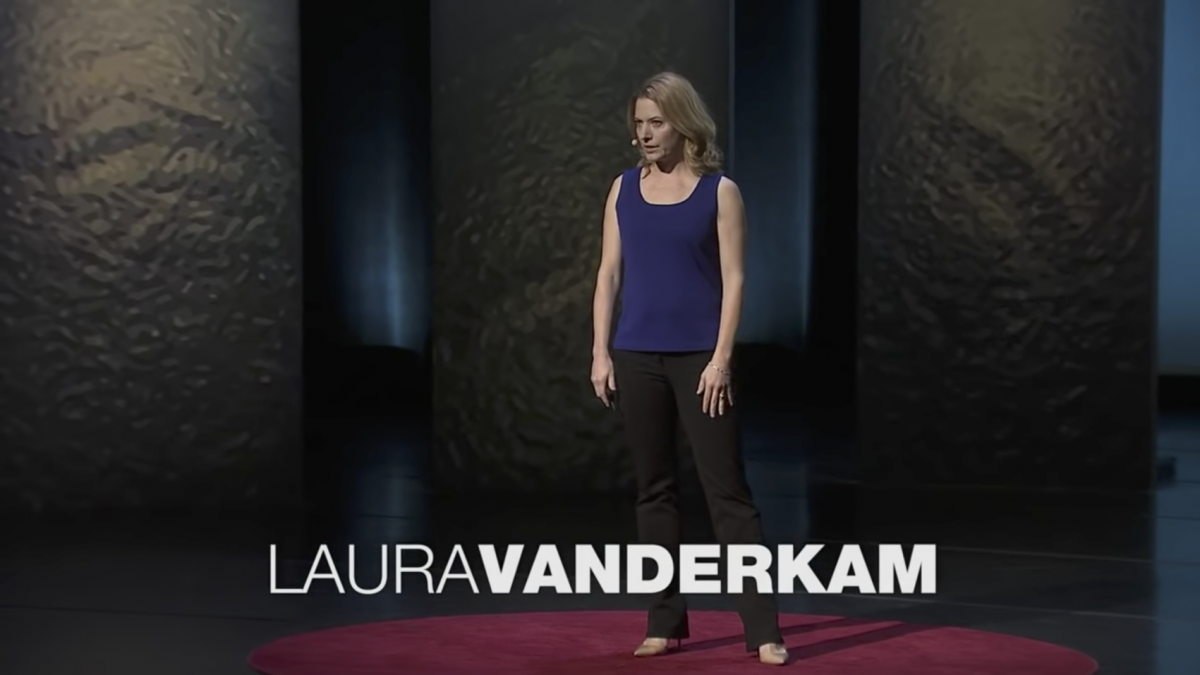 How to gain control of your free time – Laura Vanderkam

When people find out I write about time management, they assume two things. One is that I’m always on time, and I’m not. I have four small children, and I would like to blame them for my occasional tardiness, but sometimes it’s just not their fault. I was once late to my own speech on time management.

We all had to just take a moment together and savor that irony.

The second thing they assume is that I have lots of tips and tricks for saving bits of time here and there. Sometimes I’ll hear from magazines that are doing a story along these lines, generally on how to help their readers find an extra hour in the day. And the idea is that we’ll shave bits of time off everyday activities, add it up, and we’ll have time for the good stuff. I question the entire premise of this piece, but I’m always interested in hearing what they’ve come up with before they call me. Some of my favorites: doing errands where you only have to make right-hand turns —

Being extremely judicious in microwave usage: it says three to three-and-a-half minutes on the package, we’re totally getting in on the bottom side of that. And my personal favorite, which makes sense on some level, is to DVR your favorite shows so you can fast-forward through the commercials.That way, you save eight minutes every half hour, so in the course of two hours of watching TV, you find 32 minutes to exercise.

Which is true. You know another way to find 32 minutes to exercise? Don’t watch two hours of TV a day, right?

Anyway, the idea is we’ll save bits of time here and there, add it up, we will finally get to everything we want to do. But after studying how successful people spend their time and looking at their schedules hour by hour, I think this idea has it completely backward. We don’t build the lives we want by saving time. We build the lives we want, and then time saves itself.

Here’s what I mean. I recently did a time diary project looking at 1,001 days in the lives of extremely busy women. They had demanding jobs, sometimes their own businesses, kids to care for, maybe parents to care for, community commitments — busy, busy people. I had them keep track of their time for a week so I could add up how much they worked and slept, and I interviewed them about their strategies, for my book.

One of the women whose time log I studied goes out on a Wednesday night for something. She comes home to find that her water heater has broken, and there is now water all over her basement. If you’ve ever had anything like this happen to you, you know it is a hugely damaging, frightening, sopping mess. So she’s dealing with the immediate aftermath that night, next day she’s got plumbers coming in, day after that, professional cleaning crew dealing with the ruined carpet. All this is being recorded on her time log. Winds up taking seven hours of her week. Seven hours. That’s like finding an extra hour in the day.

And so the key to time management is treating our priorities as the equivalent of that broken water heater. To get at this, I like to use language from one of the busiest people I ever interviewed. By busy, I mean she was running a small business with 12 people on the payroll, she had six children in her spare time. I was getting in touch with her to set up an interview on how she “had it all” — that phrase. I remember it was a Thursday morning, and she was not available to speak with me. Of course, right?

But the reason she was unavailable to speak with me is that she was out for a hike, because it was a beautiful spring morning, and she wanted to go for a hike. So of course this makes me even more intrigued, and when I finally do catch up with her, she explains it like this. She says, “Listen Laura, everything I do, every minute I spend, is my choice.” And rather than say, “I don’t have time to do x, y or z,” she’d say, “I don’t do x, y or z because it’s not a priority.” “I don’t have time,” often means “It’s not a priority.” If you think about it, that’s really more accurate language. I could tell you I don’t have time to dust my blinds, but that’s not true. If you offered to pay me $100,000 to dust my blinds, I would get to it pretty quickly.

Since that is not going to happen, I can acknowledge this is not a matter of lacking time; it’s that I don’t want to do it. Using this language reminds us that time is a choice. And granted, there may be horrible consequences for making different choices, I will give you that. But we are smart people, and certainly over the long run, we have the power to fill our lives with the things that deserve to be there.

So how do we do that? How do we treat our priorities as the equivalent of that broken water heater?

Well, first we need to figure out what they are. I want to give you two strategies for thinking about this.The first, on the professional side: I’m sure many people coming up to the end of the year are giving or getting annual performance reviews. You look back over your successes over the year, your “opportunities for growth.” And this serves its purpose, but I find it’s more effective to do this looking forward. So I want you to pretend it’s the end of next year. You’re giving yourself a performance review, and it has been an absolutely amazing year for you professionally. What three to five things did you do that made it so amazing? So you can write next year’s performance review now.

And you can do this for your personal life, too. I’m sure many of you, like me, come December, get cards that contain these folded up sheets of colored paper, on which is written what is known as the family holiday letter.

Bit of a wretched genre of literature, really, going on about how amazing everyone in the household is,or even more scintillating, how busy everyone in the household is. But these letters serve a purpose,which is that they tell your friends and family what you did in your personal life that mattered to you over the year. So this year’s kind of done, but I want you to pretend it’s the end of next year, and it has been an absolutely amazing year for you and the people you care about. What three to five things did you do that made it so amazing? So you can write next year’s family holiday letter now. Don’t send it.

Please, don’t send it. But you can write it. And now, between the performance review and the family holiday letter, we have a list of six to ten goals we can work on in the next year.

And now we need to break these down into doable steps. So maybe you want to write a family history. First, you can read some other family histories, get a sense for the style. Then maybe think about the questions you want to ask your relatives, set up appointments to interview them. Or maybe you want to run a 5K. So you need to find a race and sign up, figure out a training plan, and dig those shoes out of the back of the closet. And then — this is key — we treat our priorities as the equivalent of that broken water heater, by putting them into our schedules first. We do this by thinking through our weeks before we are in them.

I find a really good time to do this is Friday afternoons. Friday afternoon is what an economist might call a “low opportunity cost” time. Most of us are not sitting there on Friday afternoons saying, “I am excited to make progress toward my personal and professional priorities right now.”

But we are willing to think about what those should be. So take a little bit of time Friday afternoon,make yourself a three-category priority list: career, relationships, self. Making a three-category list reminds us that there should be something in all three categories. Career, we think about;relationships, self — not so much. But anyway, just a short list, two to three items in each. Then look out over the whole of the next week, and see where you can plan them in.

Where you plan them in is up to you. I know this is going to be more complicated for some people than others. I mean, some people’s lives are just harder than others. It is not going to be easy to find time to take that poetry class if you are caring for multiple children on your own. I get that. And I don’t want to minimize anyone’s struggle. But I do think that the numbers I am about to tell you are empowering.

There was once a study comparing people’s estimated work weeks with time diaries. They found that people claiming 75-plus-hour work weeks were off by about 25 hours.

You can guess in which direction, right? Anyway, in 168 hours a week, I think we can find time for what matters to you. If you want to spend more time with your kids, you want to study more for a test you’re taking, you want to exercise for three hours and volunteer for two, you can. And that’s even if you’re working way more than full-time hours.

So we have plenty of time, which is great, because guess what? We don’t even need that much time to do amazing things. But when most of us have bits of time, what do we do? Pull out the phone, right? Start deleting emails. Otherwise, we’re puttering around the house or watching TV.

But small moments can have great power. You can use your bits of time for bits of joy. Maybe it’s choosing to read something wonderful on the bus on the way to work. I know when I had a job that required two bus rides and a subway ride every morning, I used to go to the library on weekends to get stuff to read. It made the whole experience almost, almost, enjoyable. Breaks at work can be used for meditating or praying. If family dinner is out because of your crazy work schedule, maybe family breakfast could be a good substitute.

It’s about looking at the whole of one’s time and seeing where the good stuff can go. I truly believe this. There is time. Even if we are busy, we have time for what matters. And when we focus on what matters, we can build the lives we want in the time we’ve got.