3 lessons on success from an Arab businesswoman – Leila Hoteit 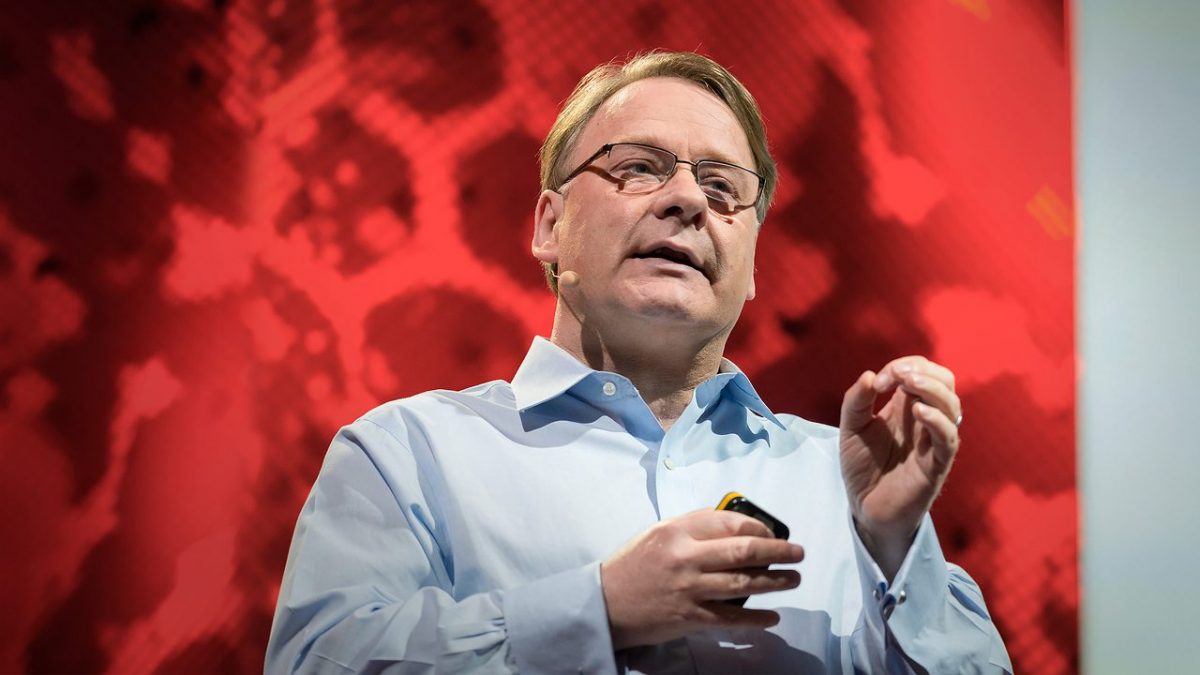 Imagine that you are a product designer. And you’ve designed a product, a new type of product, called the human immune system. You’re pitching this product to a skeptical, strictly no-nonsense manager. Let’s call him Bob. I think we all know at least one Bob, right? How would that go?

Bob, I’ve got this incredible idea for a completely new type of personal health product. It’s called the human immune system. I can see from your face that you’re having some problems with this. Don’t worry. I know it’s very complicated. I don’t want to take you through the gory details, I just want to tell you about some of the amazing features of this product. First of all, it cleverly uses redundancy by having millions of copies of each component — leukocytes, white blood cells — before they’re actually needed, to create a massive buffer against the unexpected. And it cleverly leverages diversity by having not just leukocytes but B cells, T cells, natural killer cells, antibodies. The components don’t really matter. The point is that together, this diversity of different approaches can cope with more or less anything that evolution has been able to throw up. And the design is completely modular. You have the surface barrier of the human skin, you have the very rapidly reacting innate immune system and then you have the highly targeted adaptive immune system. The point is, that if one system fails, another can take over, creating a virtually foolproof system.

I can see I’m losing you, Bob, but stay with me, because here is the really killer feature. The product is completely adaptive. It’s able to actually develop targeted antibodies to threats that it’s never even met before. It actually also does this with incredible prudence, detecting and reacting to every tiny threat, and furthermore, remembering every previous threat, in case they are ever encountered again.What I’m pitching you today is actually not a stand-alone product. The product is embedded in the larger system of the human body, and it works in complete harmony with that system, to create this unprecedented level of biological protection. So Bob, just tell me honestly, what do you think of my product?

And Bob may say something like, I sincerely appreciate the effort and passion that have gone into your presentation, blah blah blah —

But honestly, it’s total nonsense. You seem to be saying that the key selling points of your product are that it is inefficient and complex. Didn’t they teach you 80-20? And furthermore, you’re saying that this product is siloed. It overreacts, makes things up as it goes along and is actually designed for somebody else’s benefit. I’m sorry to break it to you, but I don’t think this one is a winner.

If we went with Bob’s philosophy, I think we’d actually end up with a more efficient immune system.And efficiency is always important in the short term. Less complex, more efficient, more bang for the buck. Who could say no to that? Unfortunately, there’s one very tiny problem, and that is that the user of this product, you or I, would probably die within one week of the next winter, when we encountered a new strain of the influenza virus.

I first became interested in biology and business, and longevity and resilience, when I was asked a very unusual question by the CEO of a global tech company. And the question was: What do we have to do to make sure that our company lasts 100 years? A seemingly innocent question, but actually, it’s a little trickier than you might think, considering that the average US public company now can expect a life span of only 30 years. That is less than half of the life span that its employees can expect to enjoy.

Now, if you were the CEO of such a company, badgered by investors and buffeted by change, we might forgive you for not even worrying too much about what happens 30 years out. But here’s something that should keep you awake at night: the probability that your company will not be around in five year’s time, on average, is now a staggering 32 percent. That’s a one in three chance that your company will be taken over or will fail within just five years.

Let’s come back to our tech CEO’s question. Where better to turn for advice than nature, that’s been in the business of life and death for longer than any company? As a lapsed biologist, I decided to immediately call a real biologist, my friend Simon Levin, Professor of Biology and Mathematics at Princeton University. Together, we looked at a variety of biological systems, ranging from natural tropical rainforests through to managed forests and fisheries. And we asked ourselves the question:What makes these systems resilient and enduring?

And what we found was that the same six principles that we saw underpinning the miracle of the human immune system actually cropped up again and again, from redundancy through to embeddedness. In fact, we saw these principles not only in biologically enduring systems, we also found them being very characteristic of long-lived social systems, like the Roman Empire and the Catholic Church, believe it or not. We also went on to look at business, and found that these very same properties also characterized businesses that were resilient and long-lived, and we noted their absence from ones which were short-lived.

Let’s first take a look at what happens when the corporate immune system collapses. This beautiful building is part of the Shitennoji Temple Complex in Osaka, Japan. In fact, it’s one of the oldest temples in Japan. It was built by a Korean artisan, because at the time, Japan was not yet building temples. And this Korean artisan went on to found a temple-building company. Amazingly, his company, Kongō Gumi, was still around 1,428 years later. In fact, it became the oldest continuously operating company in the world.

So how is Kongō Gumi doing today? Not too well, I’m afraid. It borrowed very heavily during the bubble period of the Japanese economy, to invest in real estate. And when the bubble burst, it couldn’t refinance its loans. The company failed, and it was taken over by a major construction company. Tragically, after 40 generations of very careful stewardship by the Kongō family, Kongō Gumi succumbed to a spectacular lapse in the ability to apply a principle of prudence.

Speaking of company failures: we’re all familiar with the failure of Kodak, the company that declared bankruptcy in January 2012. Much more interesting, however, is the question: Why did Fujifilm –same product, same pressures from digital technology, same time — why was Fujifilm able to survive and flourish?

Fujifilm used its capabilities in chemistry, material science and optics to diversify into a number of areas, ranging from cosmetics to pharmaceuticals, to medical systems to biomaterials. Some of these diversification attempts failed. But in aggregate, it was able to adapt its portfolio sufficiently to survive and flourish. As the CEO, Mr. Komori, put it, the strategy succeeded because it had “more pockets and drawers” than the rivals. He meant, of course, that they were able to create more options than the rivals. Fujifilm survived because it applied the principles of prudence, diversity and adaptation.

A catastrophic factory fire, like the one we see here, completely wiped out, in one evening, the only plant which supplied Toyota with valves for car-braking systems. The ultimate test of resilience. Car production ground to a screeching halt. How was it, then, that Toyota was able to recover car production? Can you imagine how long it took? Just five days. From having no braking valves to complete recovery in five days. How was this possible? Toyota managed its network of suppliers in such a collaborative manner that it could work very quickly and smoothly with suppliers to repurpose production, fill the missing braking valve capacity and have car production come online again. Toyota applied the principles of modularity of its supply network, embeddedness in an integrated system and the functional redundancy to be able to repurpose, smoothly, existing capacity.

Now fortunately, few companies succumb to catastrophic fires. But we do read in the newspaper every day about companies succumbing to the disruption of technology. How is it, then, that the consumer optics giant Essilor is able to avoid technology disruption, and even profit from it? And yes, technology disruption is not only a big deal in software and electronics. Essilor carefully scans the competitive environment for potentially disruptive technologies. It acquires those technologies very early, before they’ve become expensive or competitors have mobilized around them, and it then develops those technologies itself, even at the risk of failure or the risk of self-disruption. Essilor stays ahead of its game, and has delivered spectacular performance for over 40 years, by using the principles of prudence and adaptation.

OK, if these principles are so powerful, you might be thinking, why are they not commonplace in business? Why do we not use these words every day? Well, change has to first start in the mind. If we think back to our pitch to Bob, in order to apply the principles that underpin the miracle of the human immune system, we first need to think differently about business. Now typically, when we think about business, we use what I call “mechanical thinking.” We set goals, we analyze problems, we construct and we adhere to plans, and more than anything else, we stress efficiency and short-term performance. Now, don’t get me wrong — this is a splendidly practical and effective way of addressing relatively simple challenges in relatively stable environments. It’s the way that Bob — and probably many of us, myself included — process most business problems we’re faced with every day.In fact, it was a pretty good mental model for business — overall — until about the mid-1980s, when the conjunction of globalization and a revolution in technology and telecommunications made business far more dynamic and unpredictable.

But what about those more dynamic and unpredictable situations that we now increasingly face? I think in addition to the mechanical thinking, we now need to master the art of biological thinking, as embodied by our six principles. In other words, we need to think more modestly and subtly about when and how we can shape, rather than control, unpredictable and complex situations. It’s a little like the difference between throwing a ball and releasing a bird. The ball would head in a straight line,probably towards the intended target, and the bird certainly would not.

So what do you think? Sounds a little impractical, a little theoretical, perhaps? Not at all. Every small entrepreneurial company naturally thinks and acts biologically. Why? Because it lacks the resources to shape its environment through brute force. It lacks the scale to buffer change, and it’s constantly thinking about the tough odds for a start-up to survive. Now, the irony is, of course, that every large company started off as a small, entrepreneurial company. But along the way somewhere, many have lost this ability to think and act biologically. They need to rejuvenate their ability to think biologically in order to survive and thrive in today’s environment.

So let’s not just think about short-term performance. Every company I know spends plenty of time thinking about the central question of strategy: How good is our competitive game? In addition, let’s also consider the second, more biological and equally important question: How long will that game last?