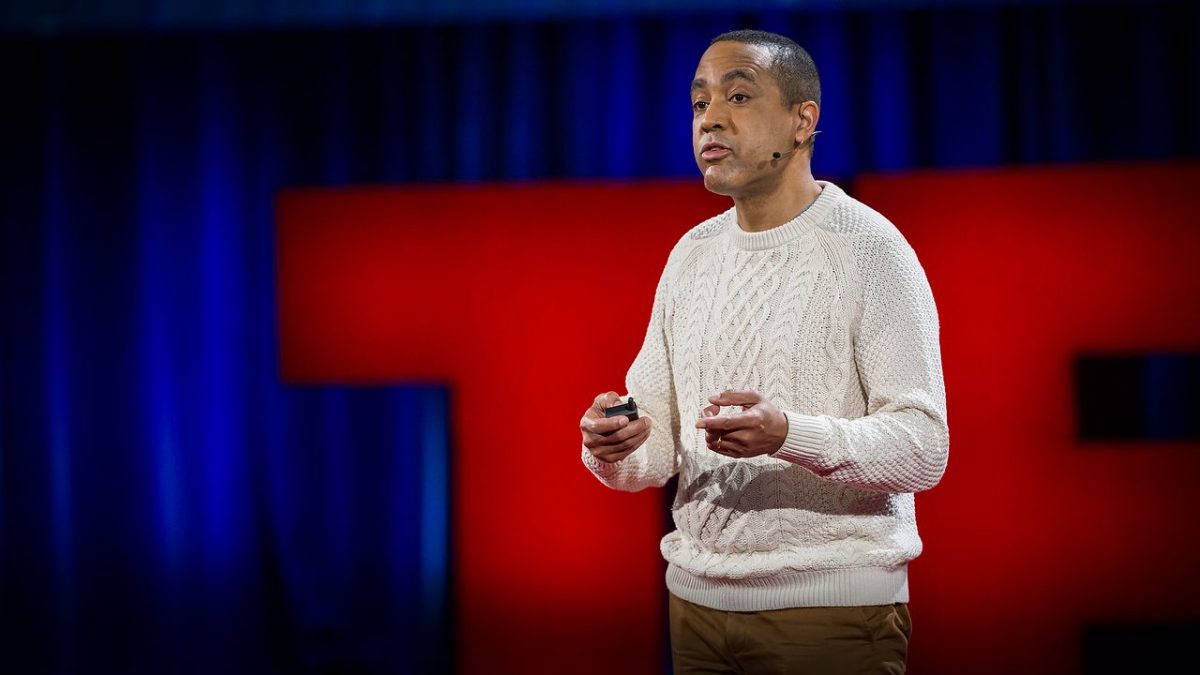 Now, Mandarin Chinese is spoken by more people, but more Chinese people are learning English than English speakers are learning Chinese. Last I heard, there are two dozen universities in China right now teaching all in English. English is taking over.

And in addition to that, it’s been predicted that at the end of the century almost all of the languages that exist now — there are about 6,000 — will no longer be spoken. There will only be some hundreds left. And on top of that, it’s at the point where instant translation of live speech is not only possible, but it gets better every year.

The reason I’m reciting those things to you is because I can tell that we’re getting to the point where a question is going to start being asked, which is: Why should we learn foreign languages — other than if English happens to be foreign to one? Why bother to learn another one when it’s getting to the point where almost everybody in the world will be able to communicate in one?

I think there are a lot of reasons, but I first want to address the one that you’re probably most likely to have heard of, because actually it’s more dangerous than you might think. And that is the idea that a language channels your thoughts, that the vocabulary and the grammar of different languages gives everybody a different kind of acid trip, so to speak. That is a marvelously enticing idea, but it’s kind of fraught.

So it’s not that it’s untrue completely. So for example, in French and Spanish the word for table is, for some reason, marked as feminine. So, “la table,” “la mesa,” you just have to deal with it. It has been shown that if you are a speaker of one of those languages and you happen to be asked how you would imagine a table talking, then much more often than could possibly be an accident, a French or a Spanish speaker says that the table would talk with a high and feminine voice. So if you’re French or Spanish, to you, a table is kind of a girl, as opposed to if you are an English speaker.

It’s hard not to love data like that, and many people will tell you that that means that there’s a worldview that you have if you speak one of those languages. But you have to watch out, because imagine if somebody put us under the microscope, the us being those of us who speak English natively. What is the worldview from English?

So for example, let’s take an English speaker. Up on the screen, that is Bono. He speaks English. I presume he has a worldview. Now, that is Donald Trump. In his way, he speaks English as well.

And here is Ms. Kardashian, and she is an English speaker, too. So here are three speakers of the English language. What worldview do those three people have in common? What worldview is shaped through the English language that unites them? It’s a highly fraught concept. And so gradual consensus is becoming that language can shape thought, but it tends to be in rather darling, obscure psychological flutters. It’s not a matter of giving you a different pair of glasses on the world.

There’s an interesting illustration of this. I have to go slightly obscure, but really you should seek it out. There’s a movie by the Canadian film director Denys Arcand — read out in English on the page, “Dennis Ar-cand,” if you want to look him up. He did a film called “Jesus of Montreal.” And many of the characters are vibrant, funny, passionate, interesting French-Canadian, French-speaking women.There’s one scene closest to the end, where they have to take a friend to an Anglophone hospital. In the hospital, they have to speak English. Now, they speak English but it’s not their native language,they’d rather not speak English. And they speak it more slowly, they have accents, they’re not idiomatic. Suddenly these characters that you’ve fallen in love with become husks of themselves, they’re shadows of themselves.

To go into a culture and to only ever process people through that kind of skrim curtain is to never truly get the culture. And so to the extent that hundreds of languages will be left, one reason to learn themis because they are tickets to being able to participate in the culture of the people who speak them,just by virtue of the fact that it is their code. So that’s one reason.

Second reason: it’s been shown that if you speak two languages, dementia is less likely to set in, and that you are probably a better multitasker. And these are factors that set in early, and so that ought to give you some sense of when to give junior or juniorette lessons in another language. Bilingualism is healthy.

And then, third — languages are just an awful lot of fun. Much more fun than we’re often told. So for example, Arabic: “kataba,” he wrote, “yaktubu,” he writes, she writes. “Uktub,” write, in the imperative. What do those things have in common? All those things have in common the consonants sitting in the middle like pillars. They stay still, and the vowels dance around the consonants. Who wouldn’t want to roll that around in their mouths? You can get that from Hebrew, you can get that from Ethiopia’s main language, Amharic. That’s fun.

Or languages have different word orders. Learning how to speak with different word order is like driving on the different side of a street if you go to certain country, or the feeling that you get when you put Witch Hazel around your eyes and you feel the tingle. A language can do that to you.

So for example, “The Cat in the Hat Comes Back,” a book that I’m sure we all often return to, like “Moby Dick.” One phrase in it is, “Do you know where I found him? Do you know where he was? He was eating cake in the tub, Yes he was!” Fine. Now, if you learn that in Mandarin Chinese, then you have to master, “You can know, I did where him find? He was tub inside gorging cake, No mistake gorging chewing!” That just feels good. Imagine being able to do that for years and years at a time.

Or, have you ever learned any Cambodian? Me either, but if I did, I would get to roll around in my mouth not some baker’s dozen of vowels like English has, but a good 30 different vowels scooching and oozing around in the Cambodian mouth like bees in a hive. That is what a language can get you.

And more to the point, we live in an era when it’s never been easier to teach yourself another language. It used to be that you had to go to a classroom, and there would be some diligent teacher — some genius teacher in there — but that person was only in there at certain times and you had to go then, and then was not most times. You had to go to class. If you didn’t have that, you had something called a record. I cut my teeth on those. There was only so much data on a record, or a cassette, or even that antique object known as a CD. Other than that you had books that didn’t work, that’s just the way it was.

Today you can lay down — lie on your living room floor, sipping bourbon, and teach yourself any language that you want to with wonderful sets such as Rosetta Stone. I highly recommend the lesser known Glossika as well. You can do it any time, therefore you can do it more and better. You can give yourself your morning pleasures in various languages. I take some “Dilbert” in various languages every single morning; it can increase your skills. Couldn’t have done it 20 years ago when the idea of having any language you wanted in your pocket, coming from your phone, would have sounded like science fiction to very sophisticated people.

So I highly recommend that you teach yourself languages other than the one that I’m speaking, because there’s never been a better time to do it. It’s an awful lot of fun. It won’t change your mind,but it will most certainly blow your mind.