I am the son of a terrorist. Here’s how I chose Peace – Zak Ebrahim 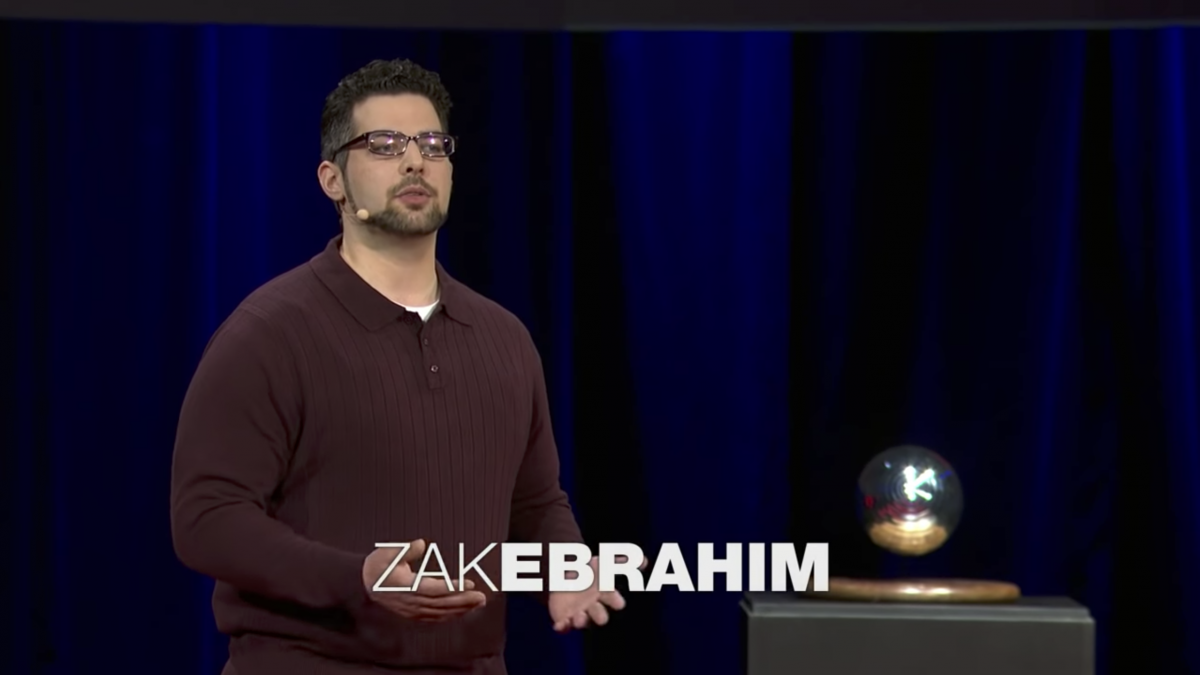 On November 5th, 1990, a man named El-Sayyid Nosair walked into a hotel in Manhattan and assassinated Rabbi Meir Kahane, the leader of the Jewish Defense League. Nosair was initially found not guilty of the murder, but while serving time on lesser charges, he and other men began planning attacks on a dozen New York City landmarks, including tunnels, synagogues and the United Nations headquarters. Thankfully, those plans were foiled by an FBI informant. Sadly, the 1993 bombing of the World Trade Center was not. Nosair would eventually be convicted for his involvement in the plot. El-Sayyid Nosair is my father.

I was born in Pittsburgh, Pennsylvania in 1983 to him, an Egyptian engineer, and a loving American mother and grade school teacher, who together tried their best to create a happy childhood for me. It wasn’t until I was seven years old that our family dynamic started to change. My father exposed me to a side of Islam that few people, including the majority of Muslims, get to see. It’s been my experience that when people take the time to interact with one another, it doesn’t take long to realize that for the most part, we all want the same things out of life. However, in every religion, in every population, you’ll find a small percentage of people who hold so fervently to their beliefs that they feel they must use any means necessary to make others live as they do.

A few months prior to his arrest, he sat me down and explained that for the past few weekends, he and some friends had been going to a shooting range on Long Island for target practice. He told me I’d be going with him the next morning. We arrived at Calverton Shooting Range, which unbeknownst to our group was being watched by the FBI. When it was my turn to shoot, my father helped me hold the rifle to my shoulder and explained how to aim at the target about 30 yards off. That day, the last bullet I shot hit the small orange light that sat on top of the target and to everyone’s surprise, especially mine, the entire target burst into flames. My uncle turned to the other men, and in Arabic said, “Ibn abuh.” Like father, like son. They all seemed to get a really big laugh out of that comment, but it wasn’t until a few years later that I fully understood what they thought was so funny. They thought they saw in me the same destruction my father was capable of. Those men would eventually be convicted of placing a van filled with 1,500 pounds of explosives into the sub-level parking lot of the World Trade Center’s North Tower, causing an explosion that killed six people and injured over 1,000 others. These were the men I looked up to. These were the men I called ammu, which means uncle.

By the time I turned 19, I had already moved 20 times in my life, and that instability during my childhood didn’t really provide an opportunity to make many friends. Each time I would begin to feel comfortable around someone, it was time to pack up and move to the next town. Being the perpetual new face in class, I was frequently the target of bullies. I kept my identity a secret from my classmates to avoid being targeted, but as it turns out, being the quiet, chubby new kid in class was more than enough ammunition. So for the most part, I spent my time at home reading books and watching TV or playing video games. For those reasons, my social skills were lacking, to say the least, and growing up in a bigoted household, I wasn’t prepared for the real world. I’d been raised to judge people based on arbitrary measurements, like a person’s race or religion.

So what opened my eyes? One of my first experiences that challenged this way of thinking was during the 2000 presidential elections. Through a college prep program, I was able to take part in the National Youth Convention in Philadelphia. My particular group’s focus was on youth violence, and having been the victim of bullying for most of my life, this was a subject in which I felt particularly passionate. The members of our group came from many different walks of life. One day toward the end of the convention, I found out that one of the kids I had befriended was Jewish. Now, it had taken several days for this detail to come to light, and I realised that there was no natural animosity between the two of us. I had never had a Jewish friend before, and frankly I felt a sense of pride in having been able to overcome a barrier that for most of my life I had been led to believe was insurmountable.Another major turning point came when I found a summer job at Busch Gardens, an amusement park. There, I was exposed to people from all sorts of faiths and cultures, and that experience proved to be fundamental to the development of my character. Most of my life, I’d been taught that homosexuality was a sin, and by extension, that all gay people were a negative influence. As chance would have it, I had the opportunity to work with some of the gay performers at a show there, and soon found that many were the kindest, least judgmental people I had ever met. Being bullied as a kid created a sense of empathy in me toward the suffering of others, and it comes very unnaturally to meto treat people who are kind in any other way than how I would want to be treated. Because of that feeling, I was able to contrast the stereotypes I’d been taught as a child with real life experience and interaction. I don’t know what it’s like to be gay, but I’m well acquainted with being judged for something that’s beyond my control.

Then there was “The Daily Show.” On a nightly basis, Jon Stewart forced me to be intellectually honest with myself about my own bigotry and helped me to realize that a person’s race, religion or sexual orientation had nothing to do with the quality of one’s character. He was in many ways a father figure to me when I was in desperate need of one. Inspiration can often come from an unexpected place, and the fact that a Jewish comedian had done more to positively influence my worldview than my own extremist father is not lost on me.

One day, I had a conversation with my mother about how my worldview was starting to change, and she said something to me that I will hold dear to my heart for as long as I live. She looked at me with the weary eyes of someone who had experienced enough dogmatism to last a lifetime, and said, “I’m tired of hating people.” In that instant, I realised how much negative energy it takes to hold that hatred inside of you.

Zak Ebrahim is not my real name. I changed it when my family decided to end our connection with my father and start a new life. So why would I out myself and potentially put myself in danger? Well, that’s simple. I do it in the hopes that perhaps someone someday who is compelled to use violence may hear my story and realize that there is a better way, that although I had been subjected to this violent, intolerant ideology, that I did not become fanaticised. Instead, I choose to use my experience to fight back against terrorism, against the bigotry. I do it for the victims of terrorism and their loved ones, for the terrible pain and loss that terrorism has forced upon their lives. For the victims of terrorism, I will speak out against these senseless acts and condemn my father’s actions. And with that simple fact, I stand here as proof that violence isn’t inherent in one’s religion or race, and the son does not have to follow the ways of his father. I am not my father.

Thank you, everybody. Thank you all.