Marriage is good for your health

How to raise successful kids without over-parenting – Julie Lythcott 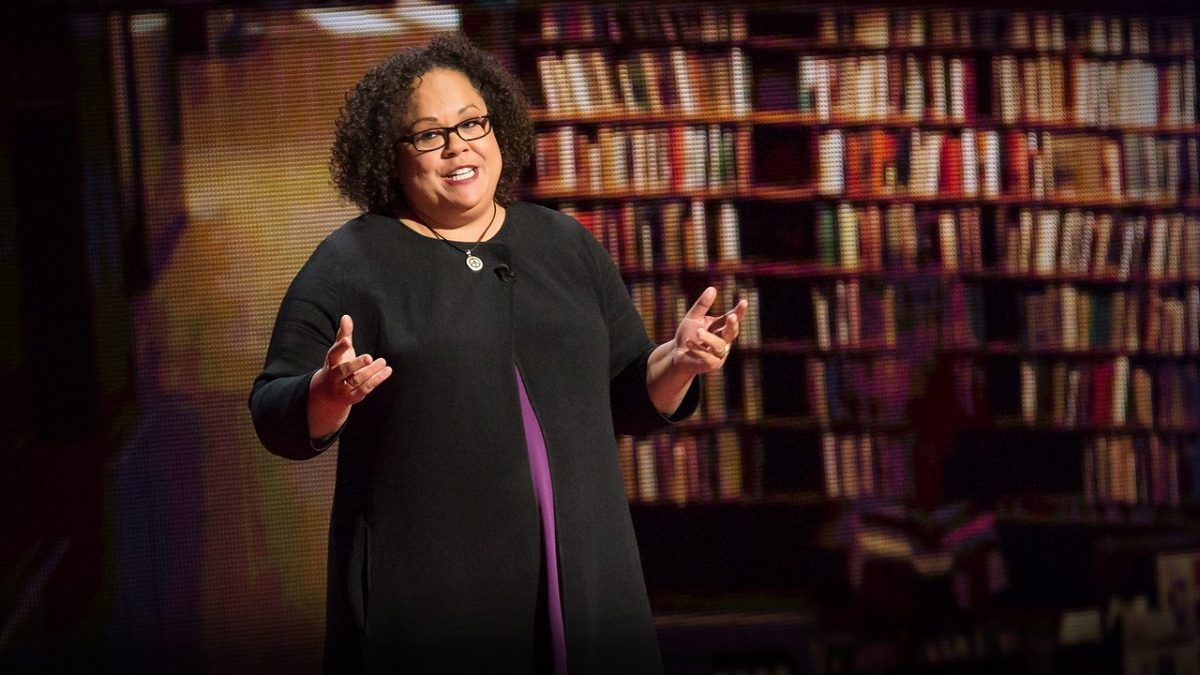 I guess what I’m saying is, we spend a lot of time being very concerned about parents who aren’t involved enough in the lives of their kids and their education or their upbringing, and rightly so. But at the other end of the spectrum, there’s a lot of harm going on there as well, where parents feel a kid can’t be successful unless the parent is protecting and preventing at every turn and hovering over every happening, and micromanaging every moment, and steering their kid towards some small subset of colleges and careers.

When we raise kids this way, and I’ll say we, because Lord knows, in raising my two teenagers, I’ve had these tendencies myself, our kids end up leading a kind of checklisted childhood.

And all of this is done to some hoped-for degree of perfection. We expect our kids to perform at a level of perfection we were never asked to perform at ourselves, and so because so much is required,we think, well then, of course we parents have to argue with every teacher and principal and coach and referee and act like our kid’s concierge and personal handler and secretary.

And then with our kids, our precious kids, we spend so much time nudging, cajoling, hinting, helping, haggling, nagging as the case may be, to be sure they’re not screwing up, not closing doors, not ruining their future, some hoped-for admission to a tiny handful of colleges that deny almost every applicant.

And here’s what it feels like to be a kid in this checklisted childhood. First of all, there’s no time for free play. There’s no room in the afternoons, because everything has to be enriching, we think. It’s as if every piece of homework, every quiz, every activity is a make-or-break moment for this future we have in mind for them, and we absolve them of helping out around the house, and we even absolve them of getting enough sleep as long as they’re checking off the items on their checklist. And in the checklisted childhood, we say we just want them to be happy, but when they come home from school, what we ask about all too often first is their homework and their grades. And they see in our faces that our approval, that our love, that their very worth, comes from A’s. And then we walk alongside them and offer clucking praise like a trainer at the Westminster Dog Show — coaxing them to just jump a little higher and soar a little farther, day after day after day. And when they get to high school, they don’t say, “Well, what might I be interested in studying or doing as an activity?” They go to counselors and they say, “What do I need to do to get into the right college?”And then, when the grades start to roll in in high school, and they’re getting some B’s, or God forbid some C’s, they frantically text their friends and say, “Has anyone ever gotten into the right college with these grades?”

And our kids, regardless of where they end up at the end of high school, they’re breathless. They’re brittle. They’re a little burned out. They’re a little old before their time, wishing the grown-ups in their lives had said, “What you’ve done is enough, this effort you’ve put forth in childhood is enough.” And they’re withering now under high rates of anxiety and depression and some of them are wondering,will this life ever turn out to have been worth it?

Well, we parents, we parents are pretty sure it’s all worth it. We seem to behave — it’s like we literally think they will have no future if they don’t get into one of these tiny set of colleges or careers we have in mind for them.

Or maybe, maybe, we’re just afraid they won’t have a future we can brag about to our friends and with stickers on the backs of our cars. Yeah.

But if you look at what we’ve done, if you have the courage to really look at it, you’ll see that not only do our kids think their worth comes from grades and scores, but that when we live right up inside their precious developing minds all the time, like our very own version of the movie “Being John Malkovich,” we send our children the message: “Hey kid, I don’t think you can actually achieve any of this without me.” And so with our overhelp, our overprotection and overdirection and hand-holding,we deprive our kids of the chance to build self-efficacy, which is a really fundamental tenet of the human psyche, far more important than that self-esteem they get every time we applaud. Self-efficacy is built when one sees that one’s own actions lead to outcomes, not — There you go.

Not one’s parents’ actions on one’s behalf, but when one’s own actions lead to outcomes. So simply put, if our children are to develop self-efficacy, and they must, then they have to do a whole lot more of the thinking, planning, deciding, doing, hoping, coping, trial and error, dreaming and experiencing of life for themselves.

Now, am I saying every kid is hard-working and motivated and doesn’t need a parent’s involvement or interest in their lives, and we should just back off and let go? Hell no.

That is not what I’m saying. What I’m saying is, when we treat grades and scores and accolades and awards as the purpose of childhood, all in furtherance of some hoped-for admission to a tiny number of colleges or entrance to a small number of careers, that that’s too narrow a definition of success for our kids. And even though we might help them achieve some short-term wins by overhelping — like they get a better grade if we help them do their homework, they might end up with a longer childhood résumé when we help — what I’m saying is that all of this comes at a long-term cost to their sense of self. What I’m saying is, we should be less concerned with the specific set of colleges they might be able to apply to or might get into and far more concerned that they have the habits, the mindset, the skill set, the wellness, to be successful wherever they go. What I’m saying is, our kids need us to be a little less obsessed with grades and scores and a whole lot more interested in childhood providing a foundation for their success built on things like love and chores.

Did I just say chores? Did I just say chores? I really did. But really, here’s why. The longest longitudinal study of humans ever conducted is called the Harvard Grant Study. It found that professional success in life, which is what we want for our kids, that professional success in life comes from having done chores as a kid, and the earlier you started, the better, that a roll-up-your-sleeves- and-pitch-in mindset, a mindset that says, there’s some unpleasant work, someone’s got to do it, it might as well be me, a mindset that says, I will contribute my effort to the betterment of the whole, that that’s what gets you ahead in the workplace. Now, we all know this. You know this.

We all know this, and yet, in the checklisted childhood, we absolve our kids of doing the work of chores around the house, and then they end up as young adults in the workplace still waiting for a checklist, but it doesn’t exist, and more importantly, lacking the impulse, the instinct to roll up their sleeves and pitch in and look around and wonder, how can I be useful to my colleagues? How can I anticipate a few steps ahead to what my boss might need?

A second very important finding from the Harvard Grant Study said that happiness in life comes from love, not love of work, love of humans: our spouse, our partner, our friends, our family. So childhood needs to teach our kids how to love, and they can’t love others if they don’t first love themselves, and they won’t love themselves if we can’t offer them unconditional love.

Right. And so, instead of being obsessed with grades and scores when our precious offspring come home from school, or we come home from work, we need to close our technology, put away our phones, and look them in the eye and let them see the joy that fills our faces when we see our child for the first time in a few hours. And then we have to say, “How was your day? What did you like about today?” And when your teenage daughter says, “Lunch,” like mine did, and I want to hear about the math test, not lunch, you have to still take an interest in lunch. You gotta say, “What was great about lunch today?” They need to know they matter to us as humans, not because of their GPA.

All right, so you’re thinking, chores and love, that sounds all well and good, but give me a break. The colleges want to see top scores and grades and accolades and awards, and I’m going to tell you, sort of. The very biggest brand-name schools are asking that of our young adults, but here’s the good news. Contrary to what the college rankings racket would have us believe — you don’t have to go to one of the biggest brand name schools to be happy and successful in life.Happy and successful people went to state school, went to a small college no one has heard of, went to community college, went to a college over here and flunked out.

The evidence is in this room, is in our communities, that this is the truth. And if we could widen our blinders and be willing to look at a few more colleges, maybe remove our own egos from the equation, we could accept and embrace this truth and then realize, it is hardly the end of the world if our kids don’t go to one of those big brand-name schools. And more importantly, if their childhood has not been lived according to a tyrannical checklist then when they get to college, whichever one it is, well, they’ll have gone there on their own volition, fueled by their own desire, capable and ready to thrive there.

I have to admit something to you. I’ve got two kids I mentioned, Sawyer and Avery. They’re teenagers. And once upon a time, I think I was treating my Sawyer and Avery like little bonsai trees — that I was going to carefully clip and prune and shape into some perfect form of a human that might just be perfect enough to warrant them admission to one of the most highly selective colleges. But I’ve come to realize, after working with thousands of other people’s kids — and raising two kids of my own, my kids aren’t bonsai trees. They’re wildflowers of an unknown genus and species — and it’s my job to provide a nourishing environment, to strengthen them through chores and to love them so they can love others and receive love and the college, the major, the career, that’s up to them. My job is not to make them become what I would have them become, but to support them in becoming their glorious selves.