Reading: The best companies to work for 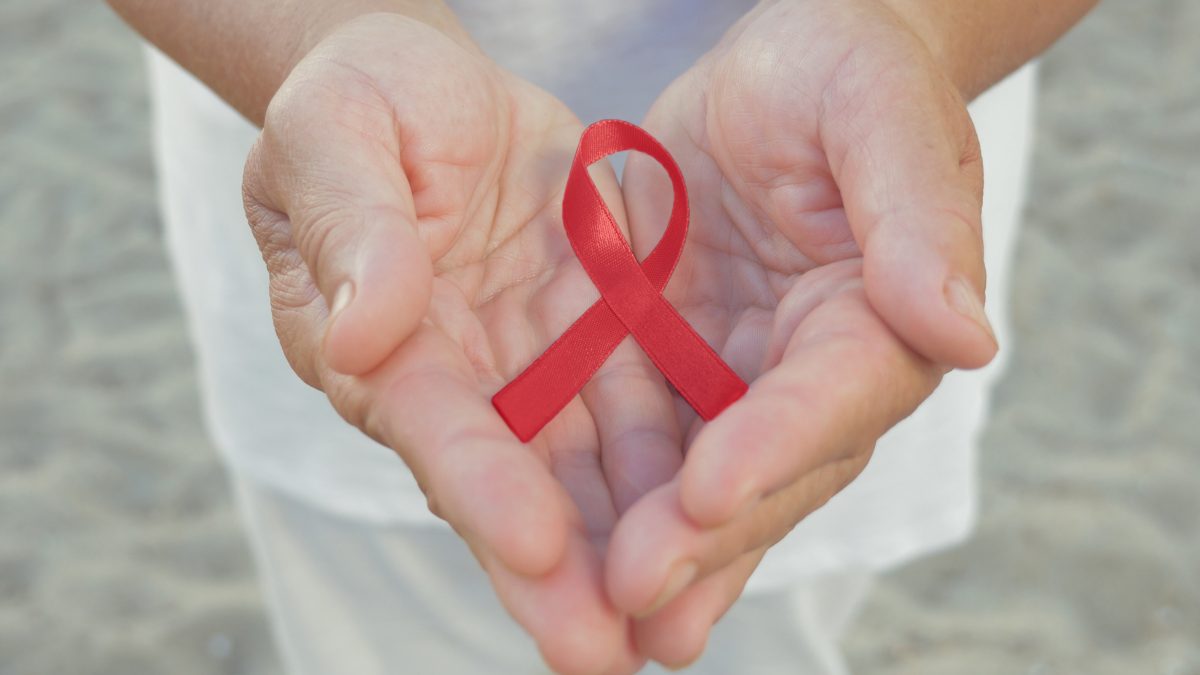 Recent research revealed that a quarter of 16-20 year-olds have unprotected sex. In order to reduce your chances of contracting HIV and developing AIDS, it’s important to be aware of the risks of unprotected sex and of the other ways the virus can be spread. You might also be interested in understanding exactly what the HIV virus is and how it affects your body.

HIV stands for Human Immunodeficiency Virus. It’s a virus that damages your body’s ability to defend itself against infections. Someone with HIV can have it for many years before it does enough damage to make him or her ill. A lot of people think that people who have HIV have got AIDS, but HIV is actually the cause of AIDS, and it’s possible to be HIV positive for a long time without getting AIDS.

AIDS stands for Acquired Immune Deficiency Syndrome and is basically the name used to describe the unusual infections and cancers that people become more vulnerable to the longer they have HIV. Everybody comes into contact with organisms that cause diseases but, because HIV severely weakens the body’s ability to fight off infection, people with HIV are less able to combat these illnesses. When someone with HIV shows symptoms of unusual infections and cancers, this is when they’re said to have AIDS.

At this point their immune system is really weak and the AIDS infection can cause them very serious illness and death.

There are medical treatments available for people with HIV. These help prevent HIV reproducing in someone’s body. However, as yet, there’s actual no vaccine against HIV and no cure for AIDS, although the way treatment has improved over the last few decades means some people with HIV can remain well a lot longer.

Clint Walters was diagnosed as HIV positive when he was 17 and has set up HIFY (Health Initiatives For Youth), a charity which supports and educates young people living with HIV. One Life asked him about his life and experiences.

How did you become infected by the HIV virus?

I tested positive when I was 17 years old, and it was my second gay experience. I was in a relationship that went bad – it was my first experience of falling in love, and then I found out he was cheating. I met somebody else who made me feel good, we ended up seeing each other a couple of times but we never used protection. I didn’t know anything about HIV… all I knew was if you get it you’re gonna die. There was no type of factual information, also around gay sex, particularly in schools there was nothing. It was very biological; this is how you have intercourse, this is how a baby is born. It wasn’t about the emotional or practical side of what you may put yourself at risk if, say, you’ve had a little bit too much to drink one night, or you’ve split up with a boyfriend or girlfriend – how you deal with those emotions and make an educated decision about your sexual health.

How did you find out you were positive, and how have your family reacted?

I basically got really really sick. In the first three months I was hospitalised; I had breathing problems, I was losing a lot of weight, I had Glandular Fever-type symptoms. The doctors ran loads of tests which were coming back positive and negative for other illnesses that were related to the condition I had.

So they said they wanted to run tests for HIV and hepatitis, they said ‘don’t worry about it’, there was no counselling even at that point, ‘you’ve not got it we just want to take it off the list of illnesses of what’s wrong with you.’ I didn’t think anymore of it. It wasn’t ‘til a week later when they said they needed more blood when I thought ‘this doesn’t seem quite right’. That was their ploy to get me into the doctor’s office. I was totally unprepared for it, had no counselling, had no idea of what it actually meant to be positive, so my mum came in with me.

The doctor sat down and said ‘I’ve got something to tell you, you’re HIV positive’ and right there and then my mum in shock and upset. All that I felt was ‘this is my mum’ I didn’t care, I knew that I would deal with it and that nothing could be done about it. But this was my mum sitting next to me, and that was what hurt me the most, to see my mum in pain. I’m very lucky, my family is very supportive. I’ve got a fantastic mum and a great stepdad who talks to me about everything.

Do you have to take a lot of medication, and how does that affect your day-to-day life?

I take 15 pills a day. I’m on triple combination which is basically a series of drugs which keeps the HIV virus suppressed, so that if you do get any viruses you can bounce back quicker. Since taking the medicine I’m healthier now than I’ve ever been. Just before I took them I was seriously sick, and it’s important that people don’t think ‘oh he’s on medicines, don’t worry about it’, because that’s what a lot of people think. There are a hell of a lot of side effects with the medicines, they’re difficult to take and they’re not going to work forever. I think emotionally it has an impact on you – like if you’re out with your mates and you don’t want everyone to know and you’ve got to go to the toilet to take your pills… so it can be quite difficult.

I think for some people it either makes you or breaks you. I’m always the type of person to think ‘ok, it happened at an early age, how can I deal with it and turn it to my advantage?’ I wouldn’t wish anyone to go through what I went through at 17, I feel very lucky that with the mentality I have I’ve been able to overcome it and deal with it, whereas a lot of younger people have had a lot of serious problems. That’s why I set up HIFY, because there were no services for me as a young person. When I tested positive there was no support group, I couldn’t meet anyone similar to my age who was positive. I would go to Body Positive and other organisations and there would always be older people, which was great, but when I wanted to talk about my A-level exams coming up – how am I going to sit them, do I tell my teachers, how do I deal with taking time off and medicines, and all of the different issues involved. It’s much easier to get that support from a younger person, you don’t want to bring it up in an older group, they’re all talking about going back to work, I’m talking about going back to school.

Have you experienced any prejudice?

Within the gay scene yes, on a one to one level. I’m a very private person yet the work I did was very public, and I would not tell anybody my HIV status. It took me years to tell my real father. It took me a long time to get involved in a relationship with anyone… and then to get to that point of telling them my status was huge. The first relationship I got into it took me two years. We didn’t have sex, I was just coming to terms with being positive and then thinking ‘ok, now I can talk about it’.

One guy said to me ‘Be careful when you’re walking down a dark alley’, and I was like, ‘What the hell does that mean?!’ It’s just nutters out there. One person wouldn’t drink out of the same glass, little things like that. It’s just ignorance, they’re just not educated or informed. It just shows you how much education needs to be done in this country.

How has being HIV positive affected your life and outlook in general?
For me it’s not been a problem, it never has been. I’ve always been up front and honest. I think because I went away from this country I was able to deal with it differently. I went to San Francisco, and it was amazing to meet younger people who were straight or gay and positive, going into schools and telling their stories to education young people. That was what I was a part of and brought back to this country. So that changed my outlook, it was an amazing experience. At first it was difficult but then I just reached a point where I thought ‘Well if you can’t accept me being positive then you’re not worth knowing anyway. I think in some ways in filters the good from the bad to some extent, and that’s cool.

When do you tell a new partner about your status?

Always before I have sex, definitely. Because regardless of what I see as safe or unsafe, I just feel that they’ve got a right to know before we go to bed. It’s not a choice that I can make, I believe that very firmly. But I have gone out with guys for a couple of months and not had sex, and then not bothered telling them because, you know they don’t need to know and it’s private. But there’s some guys I’ve told on the first date just to get it out the way, so it varies from person to person.

What advice would you give to someone who thinks they might be HIV positive?
Talk about it. If you haven’t got the information, if you don’t know much about what HIV and AIDS is, information is power. Get counselling, get support, speak to other younger who are in the same position and going for a test.

Don’t be afraid, as easy as that is to say, it is important to know your status because you are in a much better position than to take medicines, to look after yourself, and it’s not a death sentence anymore like it was. Yes it will impact on your life, yes it will change you, but if you approach it in the best possible way it can be used to your advantage. That’s how I look at it. You know, life’s too short so you make the most of each day that you’ve got.

What do you think needs to happen to change people’s views and experiences of HIV?

More support, more projects, more education. The fact that about 30% of HIV infections are in people under 27, that’s a huge number. Most kids are not worried about HIV, they think you can just take pills, and that’s scary. There is a lot of misinformation out there. Some people have the prejudice that only gay people get it, and me being a gay person I reinforce certain stereotypes, it’s only because there is support within the gay community. The fact that in the last three years more heterosexuals have been infected with HIV than gay men is alarming, and it just shows that the information isn’t getting out there properly.